Publi-Zeppelines is proud to have participated in the production of the inflatables that are part of the 48th edition of the Gijón International Film Festival. 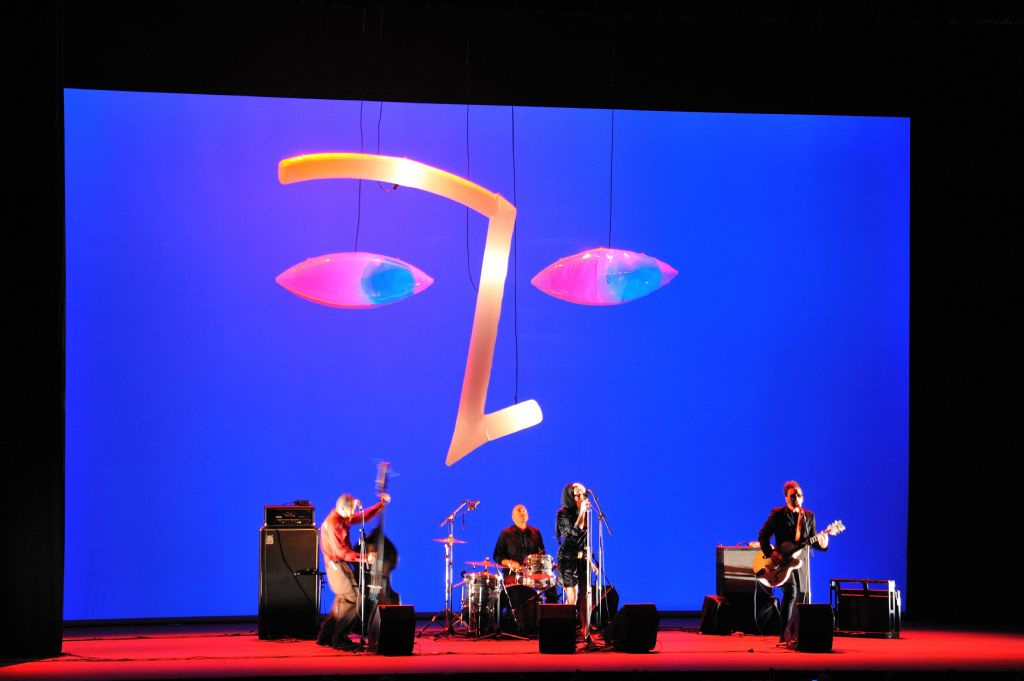 The idea came from the visual artist and decorator Ramón Isidoro www.ramonisidoro.com. If you look at the promotional poster for the 2010 Gijón Film Festival, you will see that it is made up of two eyes and a piece that acts as an eyebrow and a nose.
Ramón decided to reproduce these elements to decorate the stage and, for this purpose, he contacted Publi-Zeppelines.
The lighting inside the inflatables was essential. A 300 watt lamp was placed inside each inflatable, and in some elements two or even three lamps were used.
The stage decoration was completed with two transparent inflatable cubes with the prints 48 and FICXIXÓN. In addition, several inflatable totem poles with interior lighting were used to decorate the centres where the screenings took place (Teatro Jovellanos and Cines Centro).
We think that the result has been spectacular and very attractive. What do you think? 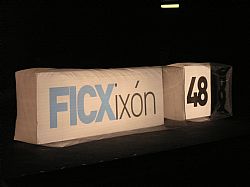